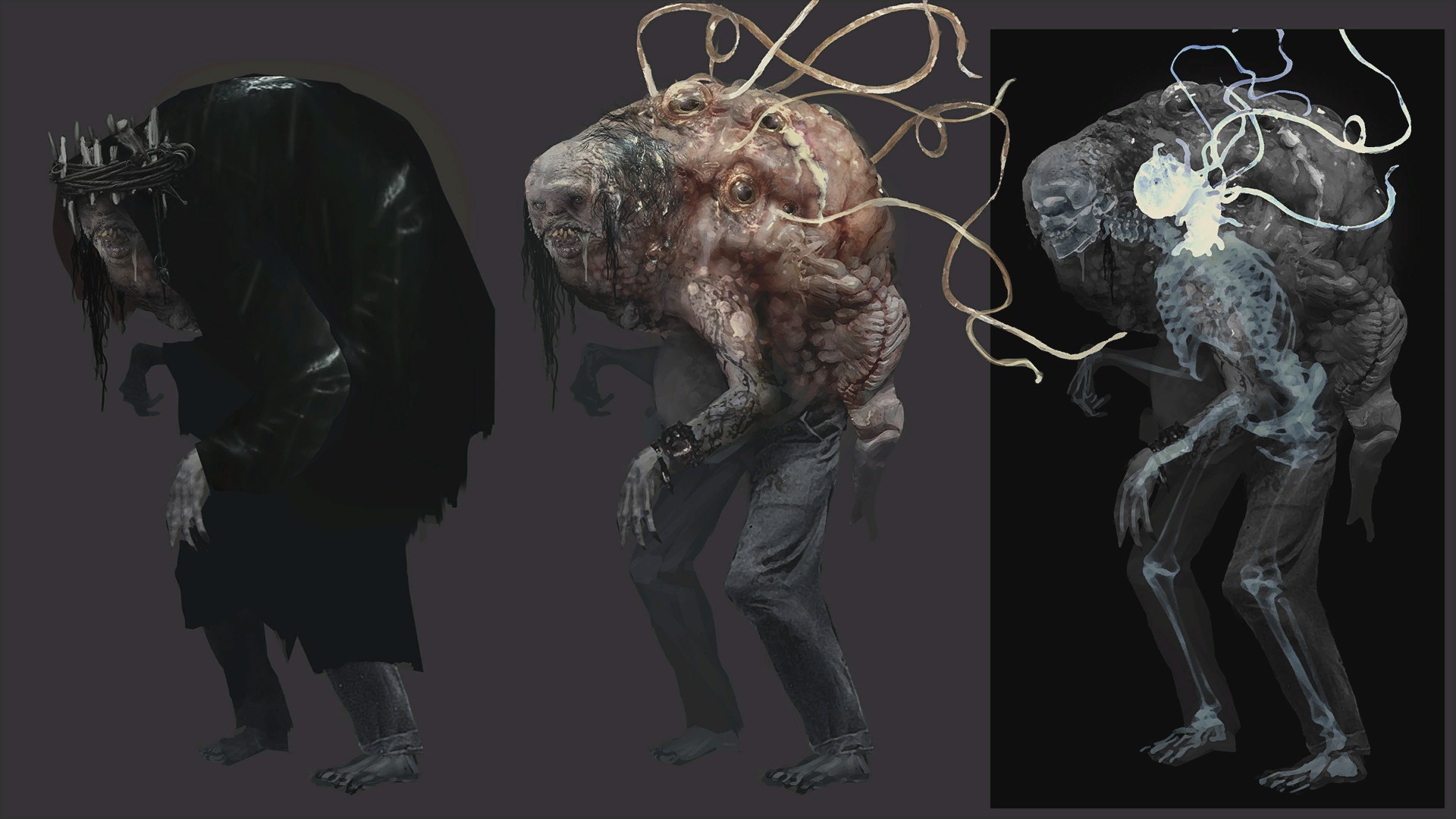 The concept behind his design is that he is half fish, half human, and we used some creepy sea creature parts while also conveying a monster very much in the style of the Resident Evil series.

But unlike most of the other shape-shifting creatures in the series, he still understands and can speak human. A rare monster capable of communication.

His brain has expanded to his back, and his back has grown eyeballs. His design is also based on the Japanese river youkai “Kappa”.