The weak spots of the boss is the humanoid body on the back, and the built-in challenge requires that it be defeated in 2 minutes and 30 seconds.

After the start of the fight players are blocked in the corner, it is recommended to use the sniper rifle do certain damage to continue. While fighting her around the wall, you may wait for her to hit the wall first before using the shotgun to return fire. BOSS will use two kinds of attacks when it flies into the air, when it Diving, it is a good opportunity to counterattack with a sniper rifle, if you can hit it continuously, not only can you interrupt its attacks, but also let her stunned.

After a cutscene, run up the stairs first, otherwise you will be killed by bugs。There is no way back on the top floor, so shoot the weak spot with a shotgun and try to end the fighting as soon as possible. Then, get [Treasure] Dimitrescu Crystals.

To find Angie within the time limit, examing and do damage with scissors, repeat three times. The built-in challenge requires defeating it in 1 minute and 40 seconds.

The more the normal doll in the scene shakes, the more it means that Angie is nearby and its snicker is different from the other dolls. When Angie is injured, it can be found more quickly by following the blood stains on the wall. Angie may appear in areas including: 2nd floor bedroom, 1st floor living room, foyer area (the exact location is not completely fixed, there is some variation)

After winning, don’t forget to pick up the [treasure] Angie.

This BOSS is very unfriendly to densely-phobic people! Its weak spot is the humanoid body in its mouth. The built-in challenge requires that it be defeated within 1 minute.

At a distance, Morrow will attack by spitting acid in a straight line, and will also take advantage of the water to slide and burst in. Because the acid will cause Ethan stunned, very tricky, you must use the house to avoid. If you find the BOSS climbing to the roof, then it will spit into the air to form acid rain, you need to run to the eaves as soon as possible to avoid. If you encounter a bubble-shaped obstacle in the way, just change the shotgun and blast away quickly. There are a lot of supplies in the scene, and there are also gunpowder barrels that can be used. It is recommended to use mines, grenades and other explosive damage to let it stunned, and then change the sniper rifle to aim at the body that outside the mouth.

After winning, you will get [Treasure] Moreau Crystals.

BOSS leap from the platform, the hammer attack range is very wide, to use the pillar to avoid, but the BOSS will also pull up the whole pillar and throw over, compared to walking or crouching to avoid, defense is the most secure way. When he ran to the platform roar, will summon lycans, recommended to use grenade launcher, with the explosion of damage to kill lycans and damage the Boss at the same time. Want to finish the fight as soon as possible, it is recommended to use flashbangs, so that the BOSS stunned then switch to Magnum to shot the weak spot of his head.

After winning, you can get [treasure] Crystal Hammer. 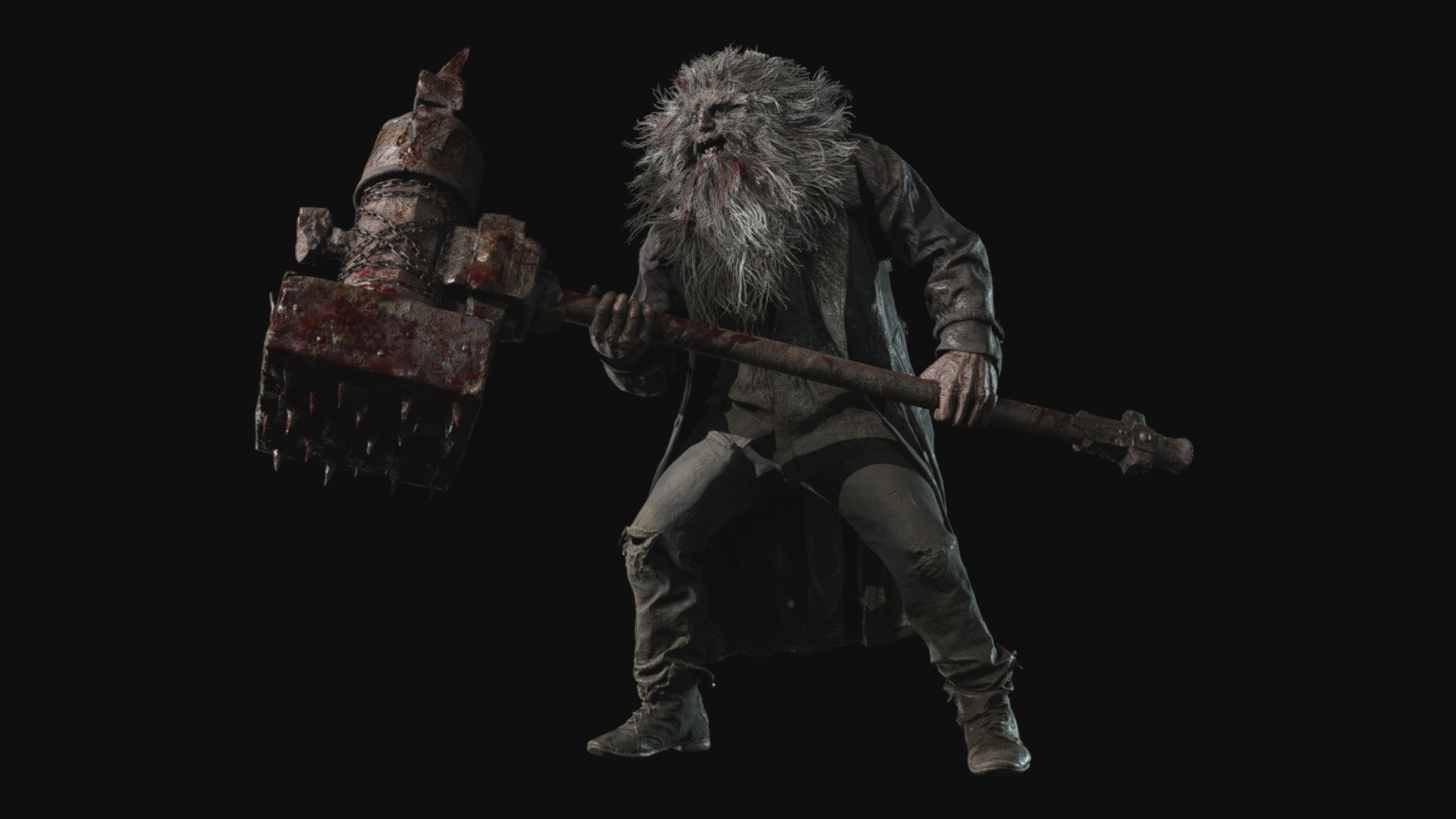 Boss‘s weak spot is on its back, Sturm either walks slowly towards you before charging, or stops to “prepare” before charging directly at you. When dodging these attacks, you turn your back on an impenetrable wall. Sturm will get hit and fall into it, which is a perfect time for you to go around it and shoot the red pieces on its back. Dealing enough damage to Sturm will cause it to catch on fire. In this case, the beast will lash out and try to fan the flames at you. You must dodge this, and it is recommended that you let Sturm aim at you while you are at an impenetrable wall. That way, the flames that Sturm sends at you – lingering – will only affect one part of the room, not in the center of it. This makes dodging his charge attack much easier. After a few rounds, it is easy to solve this strong enemy

The built-in challenge requires that it be defeated within 4 minute.

The tank’s ammunition is unlimited, the operation is L1 key to block, generally press R2 key for machine gun strafing, hold L2 key to prepare, and then press R2 key to fire the main gun, but then need a period of time to reload. Heisenberg is very large, his weak spot (the lower part of his body) is also glowing red, it is recommended to use the Cannon to attack, during the loading process, try to use the machine gun to break the joints of both arms of the BOSS. When he uses the magnetic force to fly the iron plate to air, the body will form a shield around the gap completely closed before a short period of time. Attack the front of the head, if you can hit with the main gun will interrupt the iron plate shield moves, if not successful, you also need to be careful not to be hit by the scattered iron plate.

being grabbed and lifted into the air by Boss, use the Cannon to hit the boss‘s head, and then enter into the Phase 2. Because of the loss of the tank, moving slowly almost can not avoid the BOSS attack. At this point it is recommended to switch Magnum to shot the head of the Boss, It only takes a few shots to end this fight.

After winning, get [treasure] Crystal Heisenberg

Similar to “Uriaș”, holding a stabbing hammer, but his front is invincible, so try to attack the back of the tentacles area. Not in a hurry to fight, dodge or block at the first.

Wait for the plot dialogue that support has been completed. The previously accumulated flash grenades can be put to great use at this time, one shot can make the Boss stunned for a quiet time. then switch to “Target Locator” call for a support barrage. 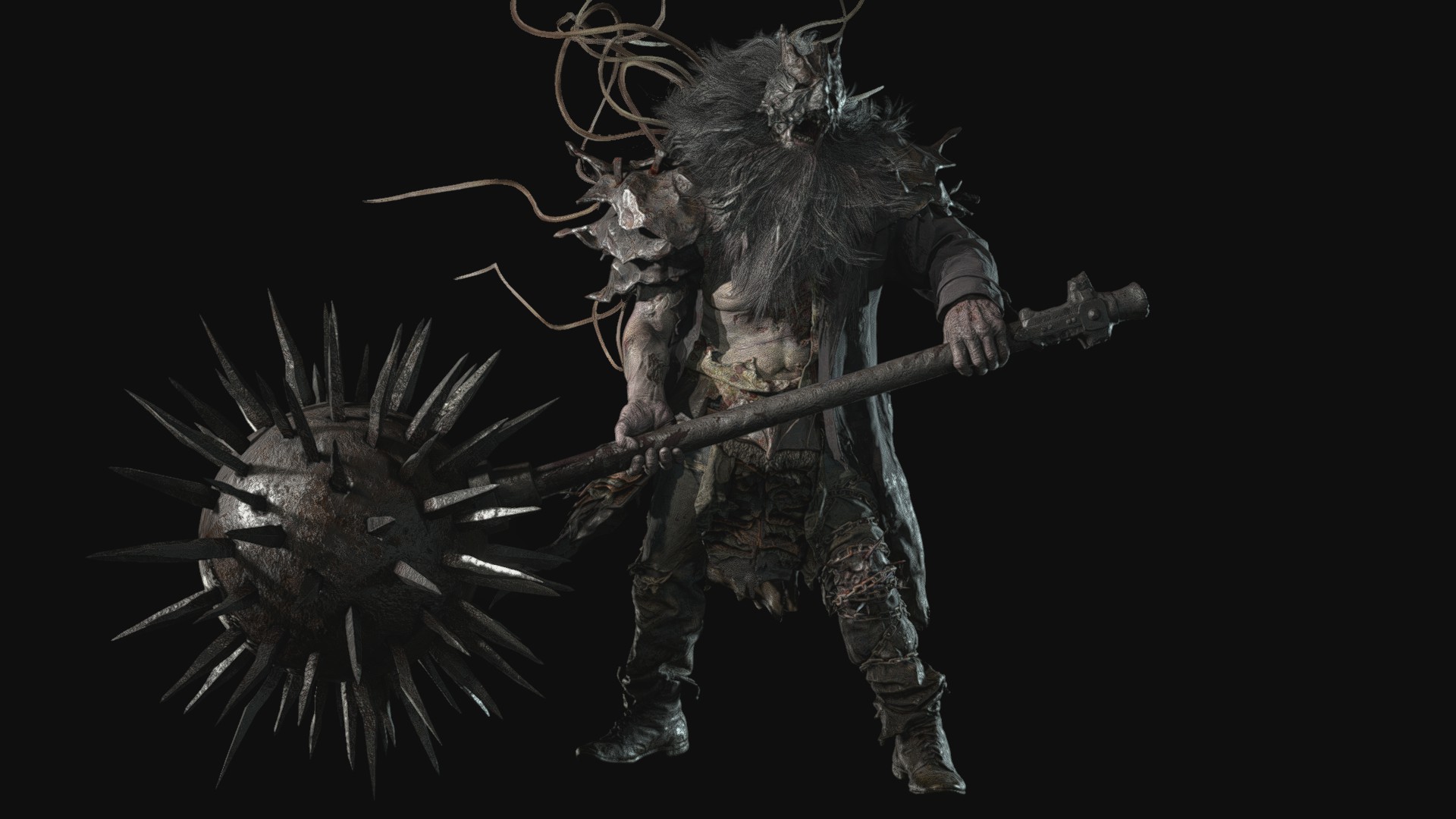 Finally BOSS will morph into the following three forms

ordinary form: movement is “floating”, with short ranged wing swipes or sending up branches from the ground, you need to move laterally to dodge. When the scene is full of thick branches, BOSS will gathered bright lava ball, pay attention to hide behind the branches to avoid lava flames.

Spider form: stabbing you with spider-like legs, jump into the air and smash a blow on top of your head, still need to dodge by moving laterally.

Flying form: with huge wings, flying in the air, will use the charge attack, the wings have a large range of attack . When 3 spheres appear on top of her head, she will launch a lava ball attack, it is recommended to use a grenade to blow her body, which can also interrupt its attack. Similarly, when the BOSS fly to the center began to gather large lava, attack her body can also interrupt the attack.

When the scene turns black and white, you may want to focus on defense (you can use the headset to identify the location of the BOSS), hold on for a while, the screen will be restored. Or simply use grenade and other explosive weapons, directly blow the BOSS.

After a cutscene, you must shoot (unlimited ammunition) to give the BOSS the final shot!